What is Power Hour?

Reimagining yourself after years of pursuing a career path can be extremely difficult and even more terrifying. Some may even feel that it is too late to try something new, but it is never too late!

Harland David Sanders, Julia Child, Vera Wang, and Ray Kroc are just a few well-known individuals who would agree. Each pushed through the fear of uncertainty and all ultimately found success in reimagining their career paths.

For May’s Power Hour, we are excited to announce that we are bringing you two of our very own well-known Wichita Falls business owners who mirrored the courage of the above four innovative leaders and chose to change the direction of their careers for the better.

Join us to learn how Kathy Carl, Owner/Operator of Brie Charcuterie, and Carl Watson, Owner/Operator of Wichita Falls Proforma Watsonrise Marketing Services, made their big career changes. We will also be discussing their business successes, difficulties they have encountered along the way, and how you too can take the plunge to reimagine yourself in your established career or one you’ve always wanted to try!

More about our experts:

Mother of two, military spouse, and multitasking business owner. Kathy is well known around the community for her beautiful Charcuterie boards. Originally “Let it Brie” and now “Brie Charcuterie,” has been open for two years. As one of the many military spouse transplants to Wichita Falls, Kathy has made quite an impact on our community in the span of two and a half years. She has faced some hurdles along the way but has become more successful than she could have imagined.

With a genuine love of meeting people, Carl and his wife Kim had a knack for unearthing customers’ passions and challenges. By providing value-added services, they developed relationships with high-profile clients such as Neiman Marcus, Johnson and Johnson, American Airlines, LSG Skychefs and Kaiser Permanente. From Carl’s ability to create results-driven marketing strategies to Kim’s talent for improving operational systems, this dynamic duo became one of the top-producers in the Proforma network. Early in their career, Proforma Watsonrise was recognized two times by INC Magazine as one of the “INC 500 Fastest Growing Privately-Held Companies in America” and named an honorary “Founder” of Proforma for their many contributions. 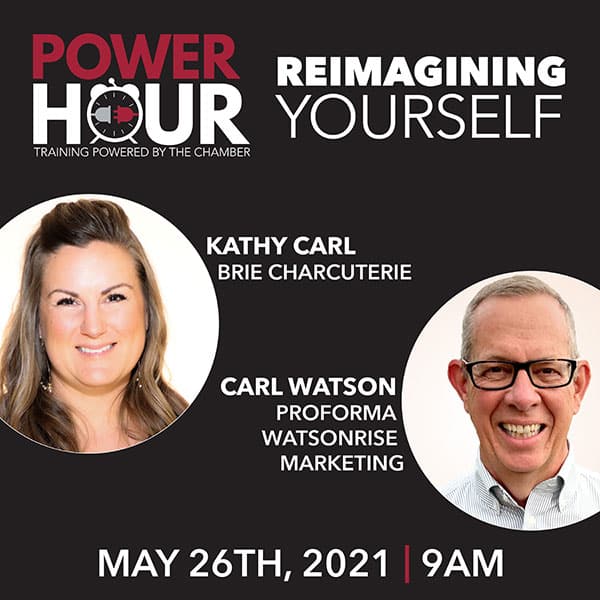